Collectief Ludvik is a musictheatre-collective consisting of Maartje Goes, Anne Wielink, Stan Geurts and Milou Peters. Together they make theatre on the border between opera and musictheate. Music is always at the base of their shows. It leads the dramaturgy and works as a driving force behind the story. Collectief Ludvik wants to speak to new audiences with unique and innovative stories and make modern opera's for a wide audience.

Collectief Ludvik experiments with musictheatre as a form and is inspired by composed theatre, a musictheatre-form that creates theatre from a music-compositorial point of view. The collective explores how to make modern opera where the music has a substantive, theatrical and dramaturgical function.
At the start of every new concept, they decide what function the newly composed music will have. The collective is inspired by artists such as Wassily Kandinsky, John Cage, Mauricio Kagel and Heiner Goebbels. They all played an important role in broadening and questioning the definitions of music and theater.

Collective Ludvik makes modern musictheatre performances, in which the classical opera laws are challenged, while drawing from traditional sources. But above all, they search for a new way of making musictheatre.

The members of Collectief Ludvik graduated from ArtEZ School of Music and created their first show in 2018: Vlag. 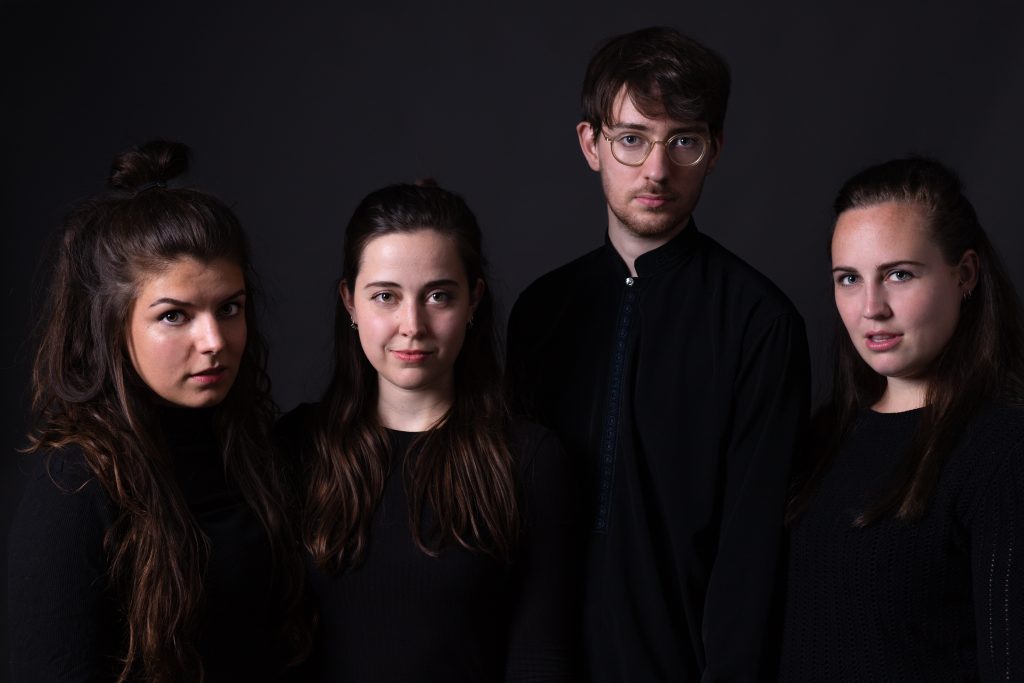